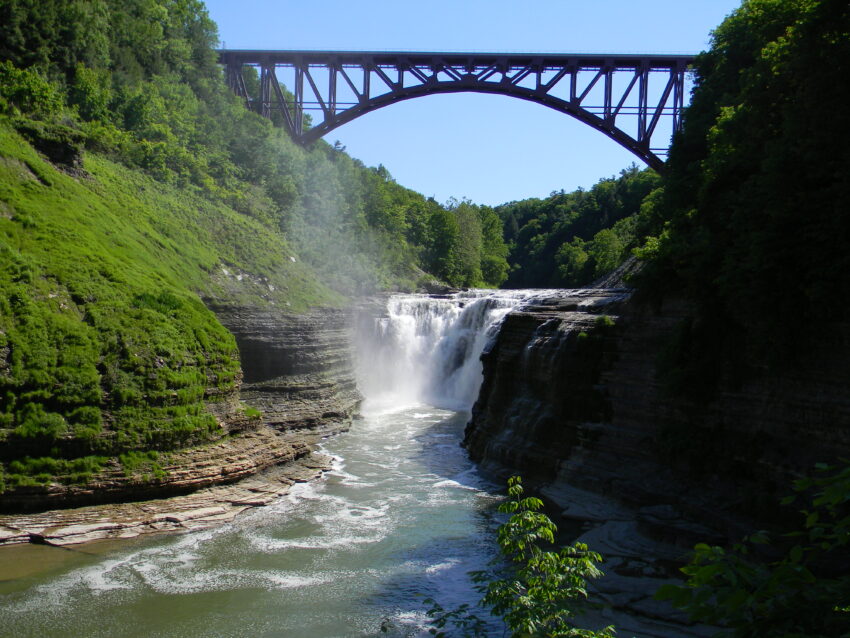 View my Letchworth galleries on my photography site.

My first visit to Letchworth State Park was in November 2000 – I’ve been back countless times.  Each time I find myself passing through the area, I make a point to stop by the park – no matter the season or the weather.  I’ve camped, hiked, and boated there and taken hundreds of photographs. Letchworth is my favorite of all of New York’s Parks.  Given the various parks, natural areas, and historic sites in New York State, that’s saying a lot.

As I’ve visited the park over the last 20 years, its offerings have changed substantially.  The park and the gorge has always been awe-inspiring  — from when it was a country estate for William Pryor Letchworth, to the days the Civilian Conservation Corps began improving and developing it, to now.  The “Grand Canyon of the East” has recently collected national accolades as well, following its successful rehabilitation and development in the mid 2000’s. In 2015, USA Today readers named the park the “Best in the United States”.  The park is also routinely featured in magazines, news programs and travel journals.

One of the first things I encountered at Letchworth was the Portage Viaduct.  The viaduct was a massive marvel of steel that you had to walk or drive under to enter the park.  It was an incredible structure that operated from more than 100 years.  Trains routinely crossed the span dating back to 1875.

In 2015, construction started on a new bridge designed to replace the iconic Portage Viaduct (also called the Portage Trestle and the Portage Bridge).  The viaduct — a fixture in photos, paintings and illustrations of the  Upper Falls in the Genesee River — would finally be retired after 140 years of service.  The new steel arch would be only the third span over this area of the river, which remains a busy rail corridor.

The following photographs span from 2001 to 2020 and show the changes that took place in this iconic area of the park.

Today the new span towers over the park as the viaduct once did.  The former structure left an indelible mark on the park and its history, however, and Letchworth State Park has sought to make sure it is not forgotten.

The new Genesee Arch Bridge can be viewed from the Portageville parking area and TRAILHEAD.